What next for charities tackling child abuse in Scotland 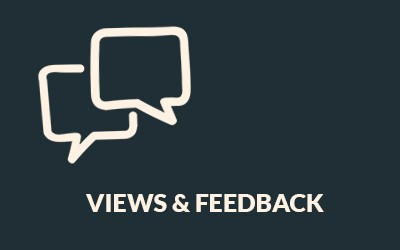 In June 2016, NPC chaired a roundtable discussion on our recent report Tackling child abuse in Scotland: a guide for funders, commissioned by the RS Macdonald Charitable Trust. The roundtable brought together charities, funders and academics who had contributed to the report, along with other experts in the field. Discussion focused on testing the key findings of the report and examining the challenges facing the charity sector in responding to this serious social problem.

Roundtable attendees welcomed many aspects of the report, including the focus on preventative approaches. There was frustration that despite the compelling arguments in favour of prevention, the government does not seem to have wholly embraced it in practice. Some prevention programmes targeting potential perpetrators are unpalatable politically and culturally, despite the huge impact they could have. There is also a natural focus on programmes with short-term impact. As one participant pointed out, ‘no Chief Executive loses their job because they failed to prevent something years down the line.’

Charities working to tackle child abuse highlighted the importance of building long-term relationships with families who currently find themselves ‘at the sharp end of a punitive system’. Getting beside families and working collaboratively can make a difference before serious problems arise—not just ‘fixing parents and protecting children’. However, the short-term programme model supported by many funders and commissioners means that support is all too often parachuted into an area and then withdrawn as funding dries up. This results in people losing faith and no longer trusting services.

The short-term programme model was also blamed for the lack of a comprehensive evidence base about what works in tackling child abuse. Despite pockets of good practice, there is often no funding to scale them or spread awareness. Moreover, a constant search for innovation means approaches are continually renamed and repackaged. Some felt that the emphasis on peer-reviewed academic studies and randomised controlled trials (RCTs) has crowded out approaches that are complex, messy, and harder to measure—such as holistic family support programmes. One charity representative argued that practitioners know what works and need to get back to basics: compassion, listening to people, working alongside them.

Finally, discussion focused on the importance of listening to survivors and understanding their perspective. For example, a child who has been abused may question why they are removed from their family rather than their abuser being removed. Children who have suffered abuse are often looked at through the lens of their behaviour: those who start acting up as a coping strategy can be viewed as ‘difficult’. There is a need for a response that recognises the human reaction to trauma, rather than pathologising individuals.

What does all this mean for independent funders? Roundtable participants felt that there are opportunities to be brave in responding to these issues. Funders can ask difficult questions and fund high-impact projects that are politically unpalatable. They can invest in long-term approaches or in developing the evidence base. Last but not least, they can support charities to take the voices of survivors to policymakers.

Do NOT follow this link or you will be banned from the site!